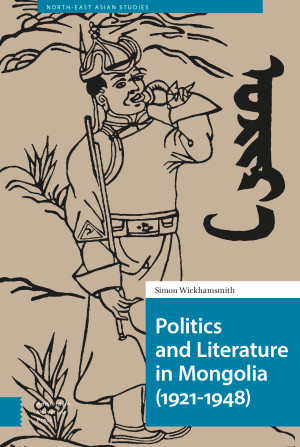 Simon Wickhamsmith. Politics and Literature in Mongolia (1921-1948).
«Politics and Literature in Mongolia (1921-1948) investigates the relationship between literature and politics during Mongolia’s early revolutionary period. Between the 1921 socialist revolution and the first Writers’ Congress held in April 1948, the literary community constituted a key resource in the formation and implementation of policy. At the same time, debates within the party, discontent among the population, and questions of religion and tradition led to personal and ideological conflict among the intelligentsia and, in many cases, to trials and executions. Using primary texts, many of them translated into English for the first time, Simon Wickhamsmith shows the role played by the literary arts — poetry, fiction and drama — in the complex development of the ‘new society’, helping to bring Mongolia’s nomadic herding population into the utopia of equality, industrial progress and social well-being promised by the Mongolian People’s Revolutionary Party.»