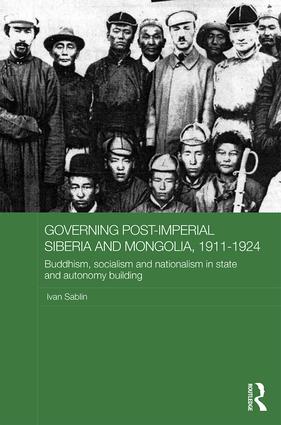 The governance arrangements put in place for Siberia and Mongolia after the collapse of the Qing and Russian Empires were highly unusual, experimental and extremely interesting. The Buryat-Mongol Autonomous Socialist Soviet Republic established within the Soviet Union in 1923 and the independent Mongolian People’s Republic established a year later were supposed to represent a new model of transnational, post-national governance, incorporating religious and ethno-national independence, under the leadership of the coming global political party, the Communist International. The model, designed to be suitable for a socialist, decolonised Asia, and for a highly diverse population in a strategic border region, was intended to be globally applicable. This book, based on extensive original research, charts the development of these unusual governance arrangements, discusses how the ideologies of nationalism, socialism and Buddhism were borrowed from, and highlights the relevance of the subject for the present day world, where multiculturality, interconnectedness and interdependency become ever more complicated.